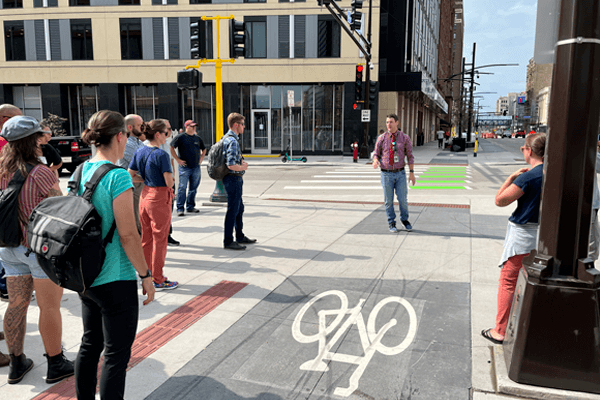 The Association of Pedestrian and Bicycle Professionals (APBP) 2022 conference was held last month in Minneapolis, Minnesota. Drew Ackermann (he/him) from our Washington, DC office attended to connect with other people working in pedestrian and bicycle planning, and to take in the latest insights from public agencies, advocates, elected officials, and other consultants. Here are a few of Drew’s takeaways from the conference sessions.

Several APBP sessions covered the nuts and bolts of making bike and pedestrian infrastructure easy for people of all ages and abilities to use. This goal often goes unrealized in areas where sidewalks and bikeways intermingle and it’s not clear where a person walking, rolling, or biking should go. While it’s great that cities are building more sidewalks and bikeways, placing them close together without effective visual, audial, and tactile cues creates confusion, particularly for those with low vision or hearing. One session discussed a few common pitfalls: 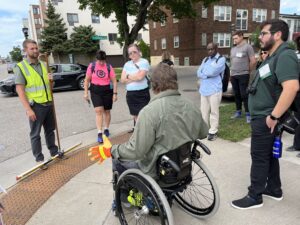 While we love design manuals and site plans, nothing beats a field trip to see how a street works in real life. The conference included some excellent mobile tours of bikeways, greenways, pedestrian malls, and transit station areas around the Twin Cities. We were able to see first-hand how a bikeway was configured to accommodate wide fire truck turns, the importance of curb ramp grades for wheelchair users, how directional indicators can be installed so snowplows don’t chip them, the trade-offs between sidewalk-level bikeways (which are easier to sweep or plow) and street-level bikeways (whose vertical separation from the sidewalk helps with the navigation challenges mentioned above), and so many other details that can make – or not make – streets safe and comfortable for people walking, rolling, and biking.

A theme throughout the conference was the vital and urgent task of addressing past and present racial injustice in transportation. Sessions included compelling research on the disproportionate burdens of traffic violence, ticketing, and restriction of movement that are placed on people of color, especially Black and Indigenous people. Speakers outlined the racial harm caused by roadway design, land use planning, policing, and public engagement, and challenged us with strategies for centering racial justice in bike and pedestrian planning.

It was great participating in the 2022 APBP Conference. Our sincere thanks to the presenters and speakers who shared their insights. If you want to learn more about the speakers or the conference itself, you can do so here.

“The teams I have had the pleasure to work with are always responsive – answering questions and turning out high quality work, often under tight deadlines. Projects conclude on time and on budget.” 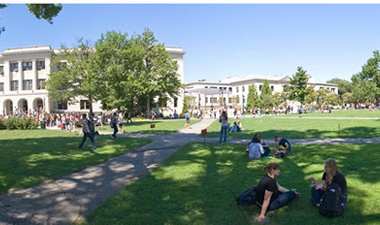